This article is a short summary of Philips CD-i.
NintendoWiki features a more in-depth article. 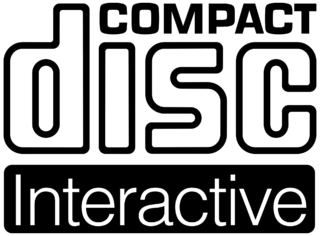 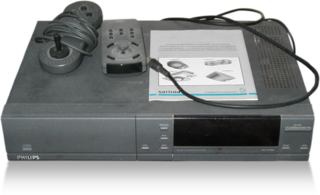 The Philips CD-i, short for Compact Disc Interactive, is a multimedia console released by Philips in 1991. The console featured three licensed The Legend of Zelda games.

The console was designed to play audio CDs and, with add-on hardware, video CDs as well. It was originally designed as a general-purpose multimedia device, with games only being considered as an afterthought as additional applications.[1][2] Although while not focusing entirely on games, the CD-i is best known as a failed game console,[1] in part because almost all of the games available were of very low quality, especially those licensed by Nintendo. Because the CD-i was seen as a game console by the general public, it did not sell well when compared to the more powerful and less expensive dedicated game consoles available at the time. Because the CD-i failed to sell well, Philips took it off the market in 1998.

In the early 1990's, Nintendo partnered with Sony to produce a CD-ROM based add-on for the Super Nintendo Entertainment System as well as a two-in-one system that played both cartridge-based Super NES/Super Famicom games and CD-based "SuperDisc" games called the Nintendo "PlayStation". This deal however broke off when Nintendo violated Sony's contract by partnering with Philips, a rival company to Sony, to produce a similar peripheral.[3] In spite of this, Sony would develop the PlayStation console on their own which would later go on to compete with the Nintendo 64.

After the attempt with Philips failed, Nintendo reached a compromise and gave Philips the license to five of their franchises' characters for use in their own console system.[1][4] Ideas were pitched to American Interactive Media, the CD-i software publishing branch, which settled on making games based on Nintendo's biggest names.[1] The compromise would result in several licensed games being released, including three Zelda games, Hotel Mario, and Tetris. Three cancelled games were also planned.

The licensed games released for the console have been subject to much criticism from reviewers and fans alike, and Nintendo does not recognize them as canon to their respective series.[5]

The Legend of Zelda Games

The Faces of Evil

Link: The Faces of Evil was released on October 10, 1993 in North America and Europe. It was developed by Animation Magic. The game was developed in tandem with, and released on the same day as Zelda: The Wand of Gamelon. Unlike most Zelda games, the game is played in a side-scrolling view similar to The Adventure of Link. It tells the story of Link going to the island of Koridai, after receiving word that Ganon's minions have taken over the island and enslaved many of its citizens. Each of Ganon's minions control a "Face of Evil", mountain peaks resembling their likenesses, which Link must conquer before finally facing Ganon, who has his own Face of Evil.

Zelda: The Wand of Gamelon was released on October 10, 1993 in North America and Europe. It was developed by Animation Magic. The game was developed in tandem with, and released on the same day as Link: The Faces of Evil, and is also played in a side-scrolling view similar to The Adventure of Link. It tells the story that the island of Gamelon and its ruler, Duke Onkled, have been captured and seized by Ganon's evil forces. King Harkinian, Zelda's father, leaves to aide Onkled but does not return, and after Link is sent in his stead, also fails to return. Zelda and Impa then leave for the island to find her father and Link and to rescue the island and its inhabitants from Ganon's minions.

Zelda's Adventure was released in 1995 in Europe. It is different from the previous two Zelda CD-i games as it was developed separately by Viridis Corporation, and features a top-down view common to most conventional 2D Zelda games. The game tells the story of Princess Zelda's journey through Tolemac, a land now controlled by Ganon, who had also captured Link. Zelda learns from Gaspra the astronomer that she must find the seven Celestial Signs and defeat the keepers of the shrines holding them in order to save the land and rescue Link.